This Bank Holiday weekend saw Bloom 2011 take place in Phoenix Park, Dublin. So we packed up the kids, snacks and teddies and went along on the last day. After getting the train, tram and shuttle bus, we arrived to the buzz of thousands of people attending. We were not alone! 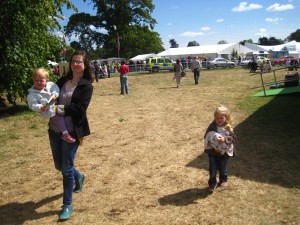 Upon arrival we quickly made a bee-line through the Victorian walled kitchen garden and were made jealous of their perfect crops of potatoes, strawberries, onions etc.

Seren climbing up to the sky

The first port of call was the massive playground to tire out the kids. We were lucky to get there early on in the day before the crowds came so the kids got a turn on the swings and had plenty of fun running around, climbing, jumping without bumping into other little ones. Olwyn loved the bug slide and went down it about fifty times and in the end was just as happy climbing up and down the step. Seren had a blast joining in with the big kids on the climbing frames.

Once we had sufficiently ran the legs off the girls, we grabbed two sausages from the nearest vendor and sat in the walled garden to eat them. We were a bit dismayed not to have brought a proper picnic. The sausages cost 6 euro each and to be honest were not worth it. Peter’s could have done a few minutes extra on the grill.Oh well, it gave us sustenance and the girls enjoyed the bread! Now that we had full tummies we were ready for the madness of the show gardens…
It was difficult to tackle the crowds with a double buggy! But nothing  that a little patience helped with. Although some people seemed to fail to notice the giant buggy and tried to plough straight through it! Some of the gardens were really inspirational and a real delight to look at.

I loved this garden for the shere amount of foxgloves dotted throughout the garden. It was magical and the photograph doesn’t do it any justice. I think foxgloves were highly fashionable this year as we saw lots of people carrying these plants around, after having bought them. However I thought to myself “would they actually survive the trip home”? My favourite garden was designed by Anú Green and Hortisculptures, but unfortunately I did not get the opportunity to take a photograph of it. This garden was aiming to promote conservation of Ireland’s unique boglands and incorporated moss and lichens into the sculptures. We even got talking to one of the designers, who was very cool and a pleasure to chat to. 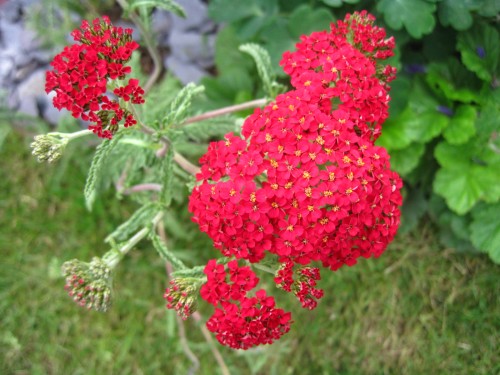 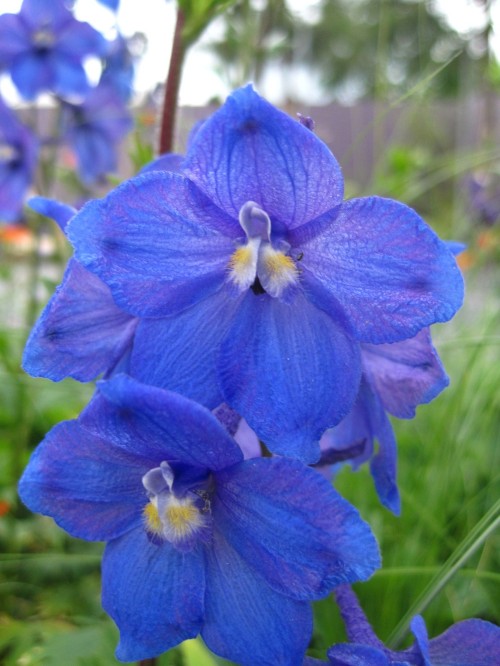 While Peter went to help out a friend who had an exhibition stand, I took the kids to Hamley’s kids corner. This was such a huge hit with Seren and Olwyn. Seren got to pet a real snake and she didn’t blink an eye in fright. There were two baby dinosaurs too and their keepers were brilliant with the children. 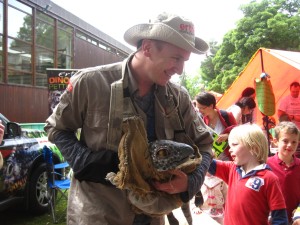 Next it was down to some serious business doing colouring in! 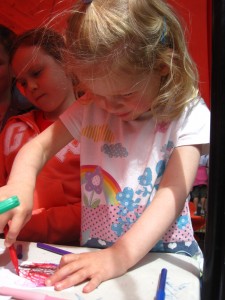 There was great excitement in the area when the Hamley bear appeared out of thin air. He was surrounded by children. The girls were real lucky though as they got story time with the bear and they got to sit right on front of him. It was so much fun observing them. Olwyn was nearly beside herself with excitement. Here are some photographs of their joyous moments. 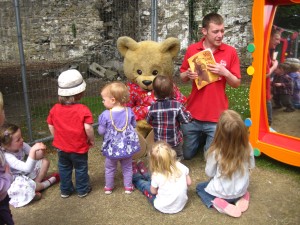 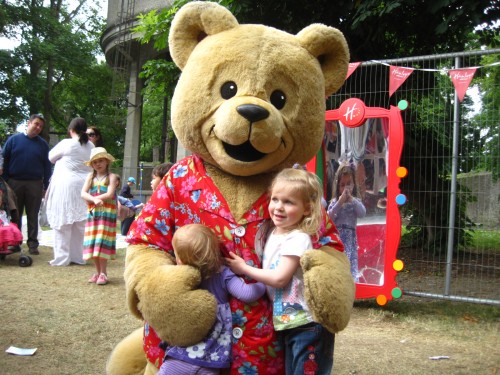 Next it was off to make some bird feeders out of peanuts, which I ended up making myself. But it was nice to just sit down in the sun for a minute, hee hee. 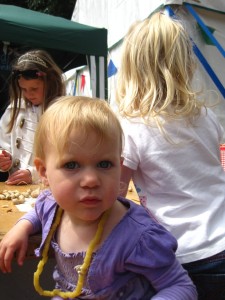 Clearly enthralled in the art of making a bird feeder - not!

Then it was off to the chill out zone where the kids got to laze on gigantic bean bags and listen to someone read stories aloud. Seren was enthralled. 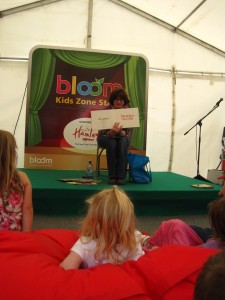 Seren had been going on about having an ice-cream for about two hours now. Not only that but it had to be a vanilla ice-cream, not chocolate! So we eventually gave in and got her a cone. Pure bliss and …silence! 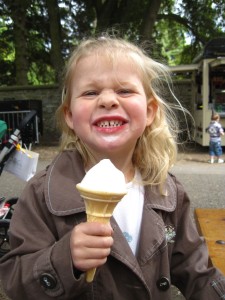 and coffee for mum and dad – phew 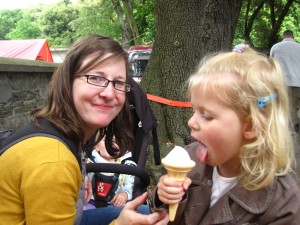 So now that the kids were happy, we went to the artisan food stalls and got to pick on lots of yummy samples. We couldn’t resist and bought some Bluebell goat’s cheese and a jar of ginger and chili jelly, which we devoured once we got home. The trip home was a mammoth task in itself. The women’s mini-marathon was on that day also. So all the public transport was packed. But we made it without the kids having a meltdown! We were so happy to be at home at last after a great family day out for all the kids (big and small).